Add an Event to the Community Calendar

load more hold SHIFT key to load all load all

Share your experience in Yarmouth & Acadian Shores with #VisitYAS for a chance to be featured! 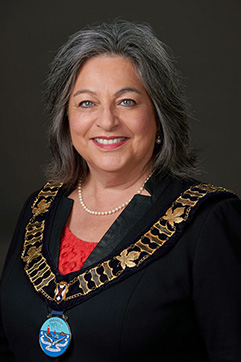 To say it’s been a busy summer and fall would be an understatement. The many events have not only been fun but they continue to put Yarmouth on the map while bringing economic benefits to the area.

We enjoyed the Women’s Expo at the Rodd Grand which drew large crowds. Craft Splash reported a big success. The Hullabaloo brought in thousands of people and thousands of dollars for a great cause. The Yarmouth International Air Show drew crowds from all over. We hosted the Yarmouth Running Expo, AA Mosquitos Atlantic Championships (Yarmouth won!), Senior Men’s Baseball Provincials and more. The UNSM Regional Meeting was hosted by the Town and Municipality of Yarmouth and mayors, wardens and councillors from throughout the region were updated on UNSM initiatives.

The Yorktown cruise ship visited again and brought approximately 100 people to our area. A biker’s memorial in conjunction with the Wharf Rat Rally drew hundreds to the area.

And we hosted Hockey Night in Canada’s National Play On! Championships. While some would say Main Street was shut down, most of us would say just the opposite. Main Street has never been so alive. The streets came to life and we had to weave our way through the throngs of players and fans who took part. Many may not be aware that Play On! left us a gift – the outdoor rink that the championship game was played on was given to us and is a great addition for recreational use. I received a thank you note from Charles Musto who was one of the Redwood Cup organizers. Here are just two lines from his note: “We were blown away by the community support and none of us will ever forget this event. You should be very proud of your Yarmouthians as they represented the community in the best possible light. I hope that they know we appreciated them just as much. A lot of our feedback from the teams has indicated that Yarmouth was the best place we've ever held nationals. That is a real testament to the strength of the community.”

I couldn’t agree more. While the economic impact of Play On! was huge, just as important is how it drew us together as a community. On behalf of the Town of Yarmouth, thank you to the event coordinators, sponsors of the events, the volunteers, participants, fans, businesses who understand the importance of being open to visitors, and to those of you who understood the positive impact both socially, nationally and financially to our area. Pulling together and thinking out of the box like this is how we move forward.

Things are not slowing down. While I can’t note all of the upcoming events, in the next couple months we can look forward to the Seniors 50+ Expo, Yarmouth County Athletic Awards Banquet, the Christmas Parade of Lights and Small Business week. The Yarmouth Chamber of commerce Business awards will take place in November and Roger Brooks will be visiting here on the 24th of October to relay his findings from a visit this past summer. Of course the World Junior A Championships are coming back in less than three weeks! Once again we’ll welcome thousands to our community, but millions more will see us via the media exposure.

Heads up! The Christmas season is fast approaching. Our Christmas Parade of Lights will take place on the 23rd of November and individuals, organizations and businesses are encouraged to put an entry in. Let’s make this the biggest and best yet. Contact Barb Firth for further information 742-0305. As well, a working group has been set up to do a Christmas Promotion theme and we’ll hear more on this very soon. I understand it is in keeping with the popular Gingerbread House event last year, which will continue. Get involved!

The ferry is always on our minds and things are progressing as they should. I’ve received many calls regarding jobs connected to the ferry and we have nothing to report. Updates will be given as we receive them.

On the Economic Development front with regard to the Regional Enterprise Networks, we have had a number of productive meetings in the past two months. A draft inter municipal agreement has been discussed and close to completion. The funding formula has been determined, and will be based on 3 measures, a flat fee for each unit, population percentage and uniform assessment percentage. A Declaration of Cooperation is expected to be signed at the next meeting. This document does not bind the municipal partners to the REN, but it indicates we are interested in working together and opens the opportunity for the Province to assist in transitional costs to get this REN moving. An HR recruitment firm will be engaged to expedite the selection of a CEO, and possibly used to select Board Members. Province has committed to pay for training

The Nova Scotia Commission on Building our New Economy will be returning October 22nd to the Mariner’s Center from 7-8:30 to report on and get response to their findings. Anyone interested can attend.

I met with some of their team members at the Georgetown Conference recently. The conference was focused on redefining rural. Over 250 delegates took part in a three-day conference that brought both ideas and people together in an effort to find the best ways for rural communities to survive and thrive. Without exception, each speaker, including myself, brought forth positive attitude as one of the main ingredients that will keep us moving forward. While I was not aware of it until a couple days before the conference, the “All Hands On Deck” initiative was entered into the “Atlantic Canada’s Great Ideas Exchange” and won one of the tops seats, which allowed Belle Hatfield and myself to present on behalf of Yarmouth. At the conference and since then, I’ve received many requests asking how other communities can take on this initiative. Yarmouth, once again we stepped up to the plate. The University of Prince Edward Island’s Dr. James Randall wanted to take full advantage of the conference and I was asked to be part of a series of modules taped for the university. They asked about Yarmouth and area, where we were and where we are headed. It was a pleasure to represent us.

With regard to the “All Hands On Deck” initiative, we presently have close to 1000 pledges from individuals, businesses and organizations. Many of you have already begun to work on your pledges. If you haven’t already signed up, go to www.townofyarmouth.ca, find the All Hands On Deck button and get involved. Because we had such an overwhelming response, we’re still in the process of putting teams together. The team is hoping to have all the teams set up and contacts with each of you made by the end of October. I recently did an interview with Eastlink regarding the “All Hands On Deck” initiative. It’s airing this month.

The UNSM fall conference is being held in Halifax the first week of November and your Council will be there representing Yarmouth. The Town of Yarmouth has put forth resolutions that will be voted on there.

Next week I’m excited to be attending the Atlantic Mayors’ Congress which is being held in Sydney. Key municipal issues will be discussed and my hope is to come back not only with information we can use here, but also to ensure that Yarmouth is part of the bigger picture.

Finally, this month marks this Council’s 12th meeting. The year has flown by and lots has been accomplished. Lots more to do, but I feel strongly that we’re poised to take on whatever the future holds.

Yarmouth By the Numbers